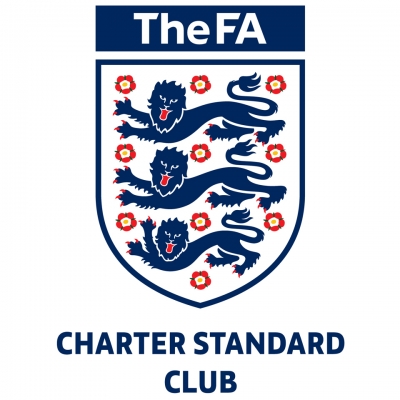 The FA Charter Standard kitemark was launched in 2001 and now reconises 4,500 clubs, with 460 advanced level Community Clubs and 120 leagues. The kitemark is a major focus of The FA’s £200 million FA National Game Strategy and has improved coaching, the number of girls’ football teams and safeguarding children procedures.

FA Charter Standard Development Clubs must in addition have at least five teams, have a club development plan, a Level 2 head coach who has also completed the specialist youth coaching module, and club officials must attend two in-service development events per year.

FA Community Clubs must have at least ten teams. Community Clubs must have male and female football provision, a Mini-Soccer team, an advanced development plan, and stage at least one workshop per season to improve behaviour. By July 2011 at least one coach needs to have completed the specialist youth coaching module 2 and one club official needs to have attended an FA mentoring course. The club must have a schools co-ordinator and volunteer co-ordinator in addition.

Parents looking for a club for their child would find comfort when choosing an FA Charter Standard Club that there will be a positive environment in which to play football.

The FA Charter Standard League is a kitemark that sets an operational benchmark for FA sanctioned leagues. It was launched in 2009 and already 120 leagues have achieved the kitemark, that’s ten per cent of all sanctioned leagues.

Feedback from these leagues about The FA Charter Standard League kitemark (CSL) and the process they have been through has been extremely positive. Many leagues have indicated that the CSL process has brought them much closer to their parent County FA and increased their awareness of human and financial resources available to deliver initiatives.
The base criteria for a league wanting to achieve The FA Charter Standard League award are:
• 60 percent of all teams in the league are FA Charter Standard Clubs and to hit 100 per cent within two years of attaining the award. New teams joining a CSL have a year to become an FA Charter Standard Club.
• Divisions in youth leagues should contain of no more than 12 teams.
• The League must have a development plan that reflects the needs of its member clubs/teams.
• The league must use a web-based results/fixtures/tables system, preferably FULL-TIME (although this is not mandatory).

CSL primarily offers leagues a process to raise standards within leagues and a practical means to deliver initiatives in line with the needs of member clubs. The base criteria ensures that clubs within these leagues are consistent in delivering Respect, have a minimum Level 1 qualified coach with every team (Mini Soccer and youth football only), and have a qualified first aider. However for most leagues this is just the foundation on which they then build significant positive change and initiatives through the implementation of a league development plan.

The league development plan should be a clear set of actions that will make a practical difference to the operation of the league and the progress of the clubs/teams and players within it. The best plans to date have been grounded in the feedback from clubs and commit to delivering tangible player, team and volunteer benefits such as:
• A league referee development programme which will ensure that all league games have a qualified referee
• A programme of first aid courses to ensure every team has a player/coach or manager who understands basic first aid
• A fair play awards system that rewards the clubs with the best disciplinary record
• A strong partnership between youth and adult leagues that delivers a clear pathway for 16-18 year olds into the open age game
• The development of new age group divisions to accommodate demand from new teams
• The adoption of FULL-TIME to reduce the administrative burden on league volunteers
• The introduction of 9v9 football
• The development of Veteran’s divisions
• A programme of coach education opportunities for all coaches within the league
• New managers evenings providing mentoring around the administration requirements of the league